Balmain is one of those old inner city Sydney suburbs that I have never visited, so one of the things that I decided to do when I was in Sydney for a week was to rectify that. Okay, while the suburb isn’t serviced by any train, it is serviced by the ferries (though as a form of public transport they certainly aren’t the fastest – the Parramatta River Cat takes at least two hours to make its way from Circular Quay to the Parramatta Wharf). … END_OF_DOCUMENT_TOKEN_TO_BE_REPLACED

Well, the next day of my self-guided tour of Sydney was going to take me to Cockatoo Island and Balmain, however for some strange reason I decided that I would go and visit the suburbs of Woolwich and Drummoyne before I wandered around Cockatoo Island. That turned out to be a bit of a mistake because it landed up that I really didn’t have all that much time to take in all Cockatoo Island had to offer. However, I will leave that for my other post because this is about the detour that I decided to take beforehand. … END_OF_DOCUMENT_TOKEN_TO_BE_REPLACED 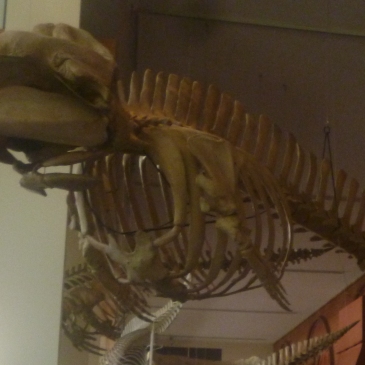 Okay, I’ve actually been here quite a few times (actually more times than I can count) though in recent times it has been more because of a special exhibition as opposed to simply going to the museum to look around. The problem with special exhibitions is that after you have seen them you generally don’t want to go and look around the rest of the museum. Anyway on my recent trip to Adelaide I decided to take my brother to see the museum as the, well museum. … END_OF_DOCUMENT_TOKEN_TO_BE_REPLACED

I have to say that I wasn’t all that sure what I would find here. All I knew is that was that Cockatoo Island was an island in the middle of Sydney Harbour at which the ferries stopped. For some reason I quite like islands – maybe it has something to do with them being difficult to get to, or rather that on an island you are effectively cut off from the rest of the world. … END_OF_DOCUMENT_TOKEN_TO_BE_REPLACED