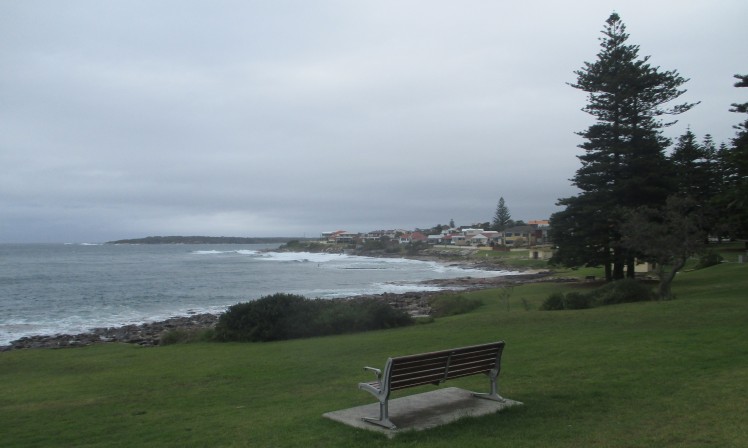 I mentioned in a previous post that you could travel to the far north of Sydney, jump on a ferry, and cross over to what is a pretty huge national park. Well, as it turns out, you can also do this by heading to the South as well, though the biggest difference between heading north, and heading south, is that if you head south you can actually catch a train, and not only can you actually catch a train, but unlike Bondi, and pretty much every other beach in the city, you don’t even have to then jump on a bus to head the rest of the way. As it happens, down in Cronulla, the beach is a short walk from the station.

On the other hand, if you head down to the pedestrian tunnel that runs under the railway line, you can then make your way to the ferry, which will take you across the sound to another town, which actually has a store, and then make your way up to the Royal National Park where you can see, sort of, such sites as Wedding Cake Rock. Well, that was initially going to be the plan, except that it didn’t quite work out like that. You know how I mentioned that when it rains in Sydney, it really starts to rain. Well, this is what happened here. Okay, I thought I could just whip out the umbrella, and continue walking, except that didn’t seem to work all that well. The thing with the trail is that it runs along a cliff top, and the closer I got to the cliff top, the more ferocious the wind became. As such, I was forced to turn back, though a part of me felt for those year twelve students who were heading off on a multiple day hike.

So, as it turned out, it was simply going to be a day in Cronulla, though not surprisingly, by the time I got onto the ferry and crossed back over the sound, the rain pretty much stopped. Oh well, I guess it happens like that, so it was basically time to slowly make my way back to the city, and you can probably guess what I mean when I make the statement about going back slowly – yeah, let’s visit a few pubs on the way.

Anyway, before I continue, let us have a look at a map of where Cronulla is located (courtesy of Google of course)

The thing is that Cronulla is probably known for all the wrong reasons. Sure, it should be known for having a pretty good beach, some great surfing, and some lovely cliff side walks. However, if the name Cronulla comes up in conversation, it is usually in reference to either a series of riots back in the mid-naughties, or a rather lousy rugby league team. There use to be a saying that went along the lines of ‘waiting for the Cronulla Sharks to win the grand final, is like leaving your porch lights on for Harold Holt’.

Yeah, Harold Holt, and if you don’t know about this guy, basically he is the Prime Minister that we sort of lost. I guess the term ‘only in Australia’ probably applies here. You see, Presidents and Prime Ministers disappear for numerous reasons, namely due to an assassin’s bullet, but it turns out that we Australian’s are the only nation that has ‘lost’ a Prime Minister. Well, actually, the story goes that he decided to go for a swim one afternoon, and simply never came back. The theory at the time was that he was kidnapped by the Chinese, but what most likely happened is that he got caught in a rip, flung out to sea, and drowned. 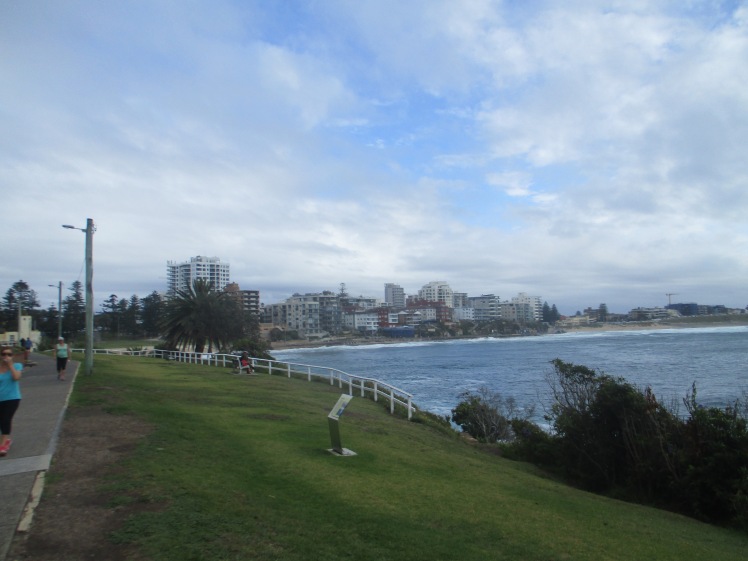 So, of course, leaving your porch lights on waiting for Harold Holt to return is sort of a fruitless exercise, just like placing your bets on the Sharks winning a premiership, until they won a premiership in 2016. Not surprisingly, the first thing the coach said was ‘you can all turn your porch lights off now’. Mind you, some things never change, and when a cellar dweller finally wins a premiership, all of the sudden another cellar dweller appears to take its place – in this instance it is now the Paramatta Eels.

Then there are the riots. Okay, they may be past history now, but I still remember them almost as clear as day – and no, it wasn’t because I was actually involved in them, I was in Adelaide at the time, and had left my wild days behind me to setting down at a full time job that, well, paid the bills. Anyway, at first we heard on the news how text messages were being sent around indicating that one group was organising a bunch of mates to come down and beat up another group – you can probably guess that the skin colours of the two groups were different. Well, I didn’t pay all that much attention to it until, well, all hell broke lose. This wasn’t just a small gang, but a whole horde, descending upon this seaside community. Mind you, the members of the other group weren’t too happy with that, so the next day they came back with a vengeance – needless to say that you would have been targeted based upon the colour of your skin.

Anyway, here is a video of the riots I found on Youtube:

Yeah, race riots – nothing new about that, but I guess what the big thing was here was not so much the fact that there was a race riot (though nothing to that extent has happened in Australia since – except for those mysterious gangs of West Africans that were terrorising the Western Suburbs of Melbourne, who suddenly vanished completely after the 2018 state election) it was that at the time we were seeing the beginnings of the power of social media. Okay, back then Facebook didn’t exist, and people communicated namely by SMS, but the thing was that we were seeing how fast such messages could be transmitted, and how many people it could bring out onto the streets. In fact we saw it reach a point in 2011 where governments were toppled through social media.

Anyway, they are just a couple of thoughts that I wanted to share with you that generally comes to mind when I think of Cronulla. Sure, a pretty bad rugby team is probably not going to have too much of an effect upon you when you travel down there by train, but race riots probably will. Well, to be on the safe side, I’ve been down there twice now, and it all appears to be rather pleasant and tranquil. The other thing is that it is located in what is known as the Sutherland Shire, or just the Shire, a place that, at least according to Sydneysider’s that I have spoken to, is a world unto itself. 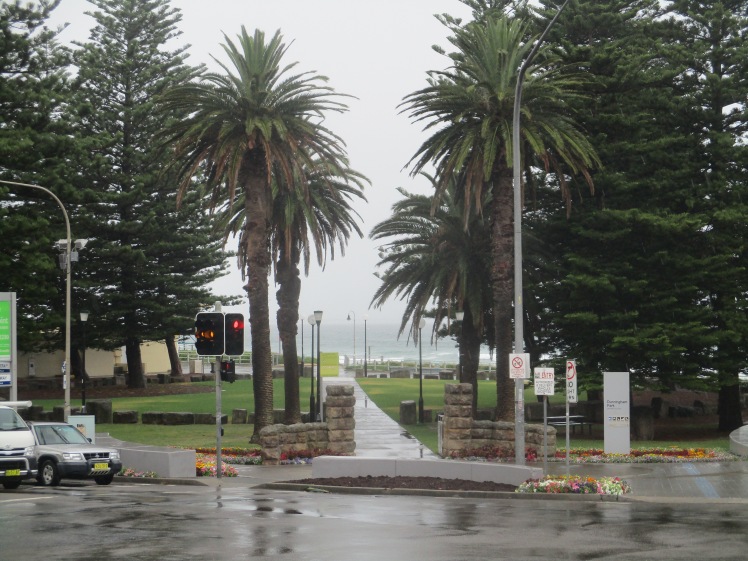 Well, I did spend some time wandering around that world, and to be honest with you, it probably comes close to being what one would consider suburban hell, but that is being a little too harsh. In my ‘slow trek’ back to the city, I would jump on and off the train numerous times, and go and visit numerous pubs. Well, there were all rather disappointing. In fact I trekked for half an hour to get to a pub that was really disappointing, but then again that tends to happen when you insist on visiting as many different pubs as possible.

Yet that doesn’t mean that Cronulla was particularly bad, since when I arrived I made my way down to a small coffee shop called the Nun’s Pool, where the staff were all dressed like nuns (unless they actually were nuns), and had some breakfast. As is typical for me, I try as much not to take the same route back that I took to get to my destination, so this point I was able to walk along the coastline. Yet, this is Sydney, which means that it is generally rugged cliffs that tend to be punctured by small coves in which you will find a beach. However, it is the walk along the coast line that tends to count. 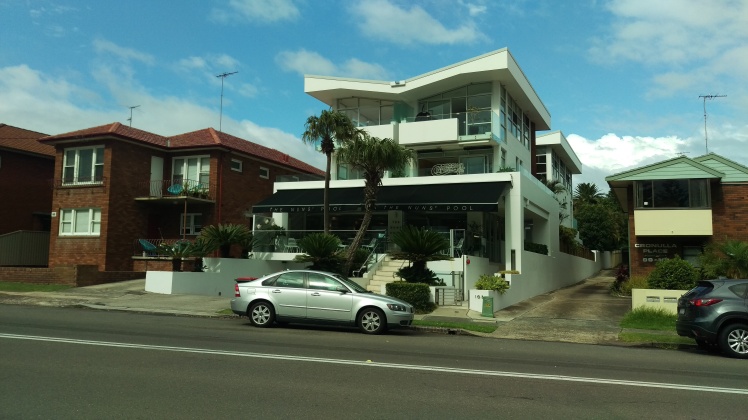 So, of course, when I rounded the bluff and started making my way back to the station, I find myself looking over Cronulla Beach, and of course some surfers taking advantage of the swell. This is the other thing with Sydney, and that is the surf. You see, since Melbourne, and in turn Adelaide, are built on inlets, the surf if pretty appauling. In fact the waves are pretty appauling. Then again, due to the rather claim nature of the water, there really isn’t as much need for life savers.

However, a short drive brings you to the coast, in Melbourne you have Torquay, which is famous for not only a surf competition, but also the movie Point Break. Then there is the beach that Harold Holt decided to go for a swim at. With Adelaide, we have the same thing, though it isn’t that good for surf. Mind you, when I did go swimming down there once I ended up emerging from the surf with a black eye, namely because when the wave broke we were all arms and legs, and a foot ended up in my face.

Yet I discovered that the foreshore in Cronulla was pretty shocking. Well, no, not quite. They do have a rather decent pedestrian mall, and there was a pretty awesome bookshop on this mall. There were also a number of decent restaurants as well, but when it comes of a pub, well, that pub was nothing short of atrocious. In fact it was so bad that they literally buried it and hid it under an apartment block. I guess the rule of out of mind, out of sight, really does apply here. 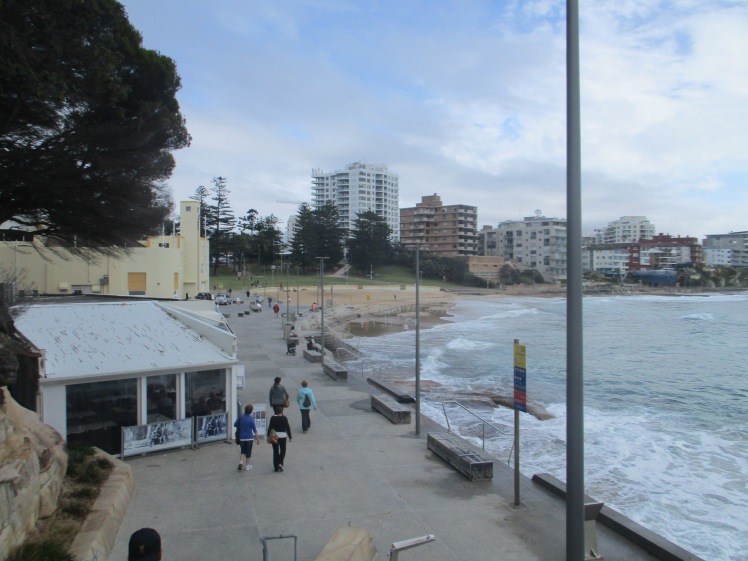 Like a lot of these beachside suburbs, there is really only a thin veneer and as you head inland it pretty much deteriorates pretty quickly. Well, not quite because it turns out that Cronulla is wedged between Port Hacking to the South, and Botany Bay and George’s River to the north, which basically means that there is going to be some pretty pricey pieces of property here, and considering this is Sydney we are talking about, where you need something life $4 million to actually get a half decent house a reasonable distance from the city, then this is certainly something. Then again, people who own property that borders a river, tend to have this habit of building these absolute monstrosities — none of these three bedroom weatherboard houses here.

Really, unless you are actually specifically visiting anybody down here, or have a burning desire to either visit one of Sydney’s many massive shopping malls (Miranda), or are just like me and are trying to visit as many pubs as possible, and really don’t care if somebody, who has already trod the path beforehand, has indicated whether it is actually good or not, then there is probably no reason whatsoever to get off the train between Central and Cronulla – there really isn’t much there. Well, that is being a little mean, because there are some hidden gems scattered about, such as second hand bookshops, and fancy cafes, of the hipster style that is, oh and the tram museum, we can’t forget the tram museum. However, in most cases, I have never seen the point of departing the train at any of the other stations along the route, and when you actually start doing so, you suddenly discover why it is a waste of your rather limited time. 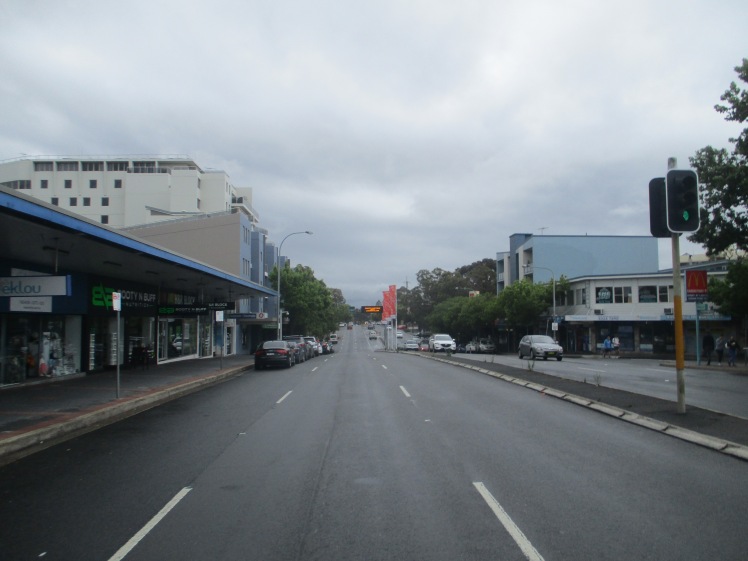 A Day in Cronulla by David Alfred Sarkies is licensed under a Creative Commons Attribution-NonCommercial-ShareAlike 4.0 International License. If you wish to use this work commercially please feel free to contact me.
-34.057440 151.152190
Cronulla NSW 2230, Australia