Okay, I did go to Adelaide to spend some time at the Fringe, however instead of spending Friday afternoon wandering around the CBD looking at what was on offer, I decided to jump on the new electric train and wander around the backstreets of the inner southern suburbs. Despite not seeing the buskers performing in Rundle Mall and visiting the Garden of Unearthly Delights before the crowds arrived, a trek from Goodwood to Unley was still quite a pleasant day out. Anyway, I did want to get another video of the electric train so I could post it up on Youtube for the benefit to the followers that I seem to have collected (and maybe I should start watching some of their clips – then again I really don’t have that much time). … END_OF_DOCUMENT_TOKEN_TO_BE_REPLACED

Okay, when I came down to Adelaide in early March it was my intention to spend some time at the Fringe Festival, but as is typical for me I also had quite a few other plans as well, such as coming down to Port Adelaide with my brother and another friend and visiting a couple of museums. Since my brother loves trains this was going to be one of those museums that we had to visit. … END_OF_DOCUMENT_TOKEN_TO_BE_REPLACED 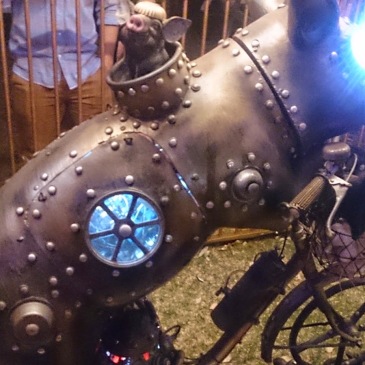 Well, maybe one Friday night is probably not the best way to see the Adelaide Fringe, especially since I realised only afterwards that I probably should have spent the day wandering around the city centre as opposed to Goodwood and Unley. Okay, the Fringe Festival isn’t just confined to the city centre, and having grown up in Adelaide I must admit that it is really hard to miss the event. However, as usual, I ended up packing so much into my itinerary that I only caught a glimpse of what I planned on coming here to experience – oh well, maybe another time. … END_OF_DOCUMENT_TOKEN_TO_BE_REPLACED 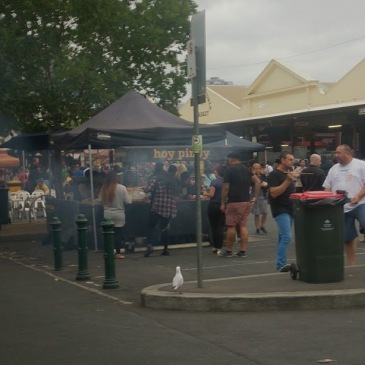 I could probably start by suggesting that during the day the Queen Victoria Markets are like any other farmers market but in a why it isn’t because it has a character all of its own. However, I can’t really say too much about it just yet because I have not given myself the opportunity to actually spend a decent amount of time here to really get a feel for the vibe, so I will leave it at that. … END_OF_DOCUMENT_TOKEN_TO_BE_REPLACED

Well, if there is one thing that I can say about White Night and that is it is better that New Years Eve. I’ve had a couple of New Years Eve’s in Melbourne and I must say that pretty much everything is shut so what you get is a bunch of people meandering around the streets of Melbourne looking for things to do while counting down until the inevitable 12:00 midnight when everybody screams out in unison ‘happy new year!’ and then begin signing, mostly off-key, Old Man Time. Yeah, sure they have fireworks, and every year they attempt to out do the previous years, but in the end you wake up with a hangover, or end up sleeping most of the day, and then trundle off back to work to do it all over again. … END_OF_DOCUMENT_TOKEN_TO_BE_REPLACED