Yeah, the Rijksmuseum is pretty big, but not as big as the Louve, namely because the Louve does happen to hold the record for being the world’s largest museum (though I am sure somebody is going to come along sooner or later and steal that title from it, most likely somebody in China). In fact, it pretty much took us an entire afternoon to explore, well, most of the place, though on the lower levels we pretty much breezed through, if only so we could get to the impressionists before the place closed. … END_OF_DOCUMENT_TOKEN_TO_BE_REPLACED

When I first heard that the famous cathedral in Paris was on fire at first I wasn’t really sure of the extent, and then the reports that it might be completely destroyed started flooding in. Of course, one of the reactions was to send in the water bombers, which might work for when you happen to be dealing with out of control bush fires, but not when the roof of an eight hundred year old building is in flames. … END_OF_DOCUMENT_TOKEN_TO_BE_REPLACED

Well, what can I say about London. I guess the first thing is that London to me is very much like Bangkok. When I was first here I actually hated the place because the people were rather rude, and the hotel I was staying are was appalling. Don’t get me wrong, it was a nice hotel it is just that the service was appalling, and there was definitely this class attitude among the staff. … END_OF_DOCUMENT_TOKEN_TO_BE_REPLACED

While the Australian Museum of Contemporary Art may draw our attention to the psyche of the Modern Australian culture, the Rocks celebrates our colonial history. The Rocks was where the colony was first established, and in many cases has retained its original form; well to an extent since somebody decided, in their infinite wisdom, to build a freeway through the middle. … END_OF_DOCUMENT_TOKEN_TO_BE_REPLACED

I’d almost forgotten about Penang, that is until one day when I was bored at work and exploring Google maps, I discovered this island just off the coast of Malaysia that rang a bell. When I was much younger Penang seemed to be the go to place for Australians, however over the years that has changed quite a lot … END_OF_DOCUMENT_TOKEN_TO_BE_REPLACED

I decided that when we arrived in Phuket, instead of making a mad rush for the harbour in hope of catching a ferry out to Phi Phi island, we would take it a little easier and spend the night in the main town, though that one night ended up stretching out to two, especially after I discovered a few things to go and check out while we were on the island (and in the local area as opposed to the beaches). … END_OF_DOCUMENT_TOKEN_TO_BE_REPLACED 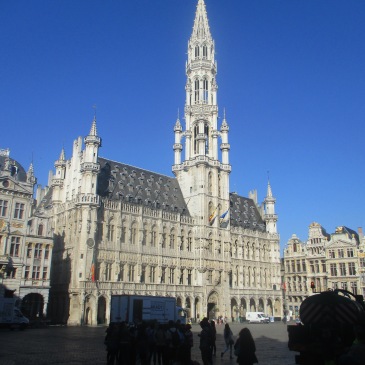 Upon arriving in Brussels I discovered that there was one thing that defined this city – beer. We had just completed a four hour train trip from Luxembourgso the first thing we had to do was to drag our suit cases through the city to our hotel, which happened to be on a street called ‘The Street of the Chicken Market’. … END_OF_DOCUMENT_TOKEN_TO_BE_REPLACED

Ararat was one of those towns that we would regularly pass through on our road trips to Melbourne. Mind you, passing through simply meant skirting the city since the highway didn’t head down the main street, and off towards the mountains that marked the road to Melbourne. … END_OF_DOCUMENT_TOKEN_TO_BE_REPLACED

Actually, I’m not entirely all that sure why I decided to visit Luxembourg – maybe it was because I wanted to go for a drive through as many countries as possible, and the part of Europe I was in I figured that I could make that five. When I was previously in Europe, I had managed to pass through four countries in a day – Germany, France, Switzerland, and Italy, however this time I wanted to add an extra country to my record, and this time I did manged to do five (though only just – it was 11:00 pm when we crossed the border into Luxembourg). … END_OF_DOCUMENT_TOKEN_TO_BE_REPLACED