Actually, I’m not all that sure what possessed me to go back to Adelaide a second time for the purpose of visiting the Fringe because, in the end, I didn’t actually do any real Fringe related activities. Okay, I did visit Gluttony and The Garden of Unearthly Delights, as well as wandering up and down Rundle Mall a couple of times, but I suddenly realised, as I was standing outside The Garden of Unearthly Delights on Thursday Night, that I didn’t actually have any huge desire to actually spend any money going to see a show – and isn’t that what the Fringe is all about? Seeing shows.

I guess there were a couple of reasons why I went back, and one of them was that the last time I was in Adelaide around the beginning of March, for the purpose of seeing the Fringe, I didn’t actually get to do any Fringe related activities, except to go and see a show of course. Actually, as I sat down to write my blog post, while I said a bit about the history and background of the Fringe, I didn’t actually get to experience anything, with the exception of a single performance that a friend of mine recommended (actually, I suspect that she was the brains behind the actual show). However, as I wandered up and down Rundle Mall I noticed that there wasn’t actually anything all that different to what Rundle Mall normally looks like. Okay, there were a couple of buskers there, but there are always buskers on Rundle Mall.

The other thing was that there was a public holiday on the Monday in both South Australian and Victoria, and the thing about booking leave from work over a period of a public holiday is that you effectively get two days for the price of one. Actually, there is a skill in being able to book your leave so that you can get the maximum amount of time away while using the minimal amount of leave, which is why the Christmas/New Years period is so popular (with Easter following close behind). So, seeing that I had the opportunity of being able to get some time off I headed back to Adelaide to finish off a couple of things that I hadn’t managed to do in my last couple of trips (though since my parents live in Adelaide it isn’t as if I won’t be going back again).

Okay, I didn’t actually get to see any shows, but that doesn’t necessarily mean that I have never been to a Fringe show in my life – I did live in Adelaide which means that every year when it rolled around there would always be an opportunity to see something. The problem was that I never actually did. Okay, I did see Jimoean with a couple of friends, but halfway through one of them basically walked out, while rest of us sat there in abject pain as he finished off a show that wasn’t even remotely funny. In fact I noted that this friend of mine did exactly the same thing with me when another mutual friend put on a Billy Connolly video – while he was rolling around on the floor in laughter we basically sat there on the couch trying to actually work out why this was considered funny. It sort of made me realise that the problem with comedy is that unless you actually find that style of comedy funny then you are going to end up completely wasting your money.

I remember a time, years ago, when a group of us when to a fringe show late at night after Youth Group had finished. I have no idea who the performer was but I do remember sitting in a tent and were in absolute hysterics over this guy. Mind you, back then I didn’t have a car, so I am still trying to work out how I got home since public transport didn’t run all night and I lived something like twenty-five kilometers from the city. However, I loved it so much that I wanted to go back, and friends did so the next night to discover that not only was the act different, but it was horrendous. So, it was probably Jimoean that really made me realise that unless the comedy is something that you know you are going to laugh at, then it is going to be a waste of money.

Mind you, not all comedy is bad because I have been to comedy shows that have been really, really good stand up by Heath Franklin doing his imitation of Chopper Read. Okay, he is pretty crude, but I have to admit that I thought he was pretty cool. Anyway, for those who are interested here is Heath Franklin doing Chopper giving the weather:

Okay, the humour is pretty typical of what you would get from Australia. Anyway, one thing that I have noticed is that you seem to get the same lot coming over to Adelaide to put on their shows, and in fact it seems as if some of them use it as a dress rehearsal for the show at the Melbourne Comedy Festival. Another person that always seems to appear at these shows is Dave Hughes, and while I have been interested in seeing him, after my experience with Jimoean I have been somewhat apprehensive, so a friend of my suggested that I watch a clip on Youtube, so here is one of Dave Hughes

One could be forgiven in thinking that the Adelaide Fringe is just another comedy festival, though as it turns out it is actually more than just a bunch of stand up acts. In fact it seems as if the only things that people go and see are the standup acts, especially the well known ones such as Dave Hughes and Heath Franklin (though Dave claims that the first time he came to Adelaide there were only three people in the audience). However, you do get a lot of other weird and wonderful things, including music, dance, and good old fashioned theatre. However the problem is that most of the theatre that you see tends to be amateur theatre – the more professional performances tend to land up at the Festival of Arts, but then again the while concept of the Fringe came about because a bunch of performers who weren’t allowed to perform at the festival decided to go and set up their own.

Anyway, the problem with amateur performances is that they are basically that – amateur. A friend of mine once suggested that the best way to determine what is going to be good and what isn’t is based on the location – the goods ones tend to be in the city while the bad ones are out in the suburbs. Well, I’m going to have to disagree with him there because I went and saw a performance of Hamlet, or should I say a reinterpretation of Hamlet, which was in the centre of Adelaide and my opinion was that it was a complete and utter load of rubbish. However I have also seen a performance of King Lear, and a performance of Ajax, which were in the suburbs and they were pretty good. Okay, I also saw a version of Twelfth Night which I found really, really bad, but then again it happens to be Twelfth Night. 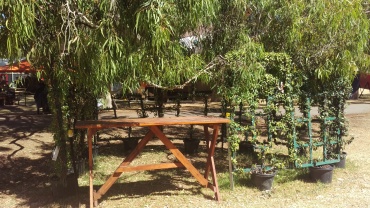 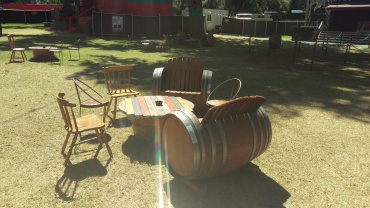 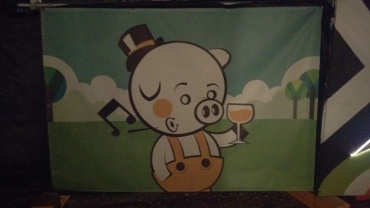 The thing with the Fringe though, other than a seeing a couple of shows (when I got around to it), I didn’t end up getting up to all that much. Okay, I did visit the Garden of Unearthly Delights, which has changed a huge amount since I was younger. I remember when it was half the size and only had a Ferris Wheel – now it has a whole range of other rides, numerous bars and eateries, and of course the tents. Just across the road you have Gluttony, which is basically more of the same – bars, eateries, and a bunch of tents where there are a number of performances. I do remember going into a random performance once, and I have to admit that I didn’t really grab my imagination, which I have to admit is quite interesting because is they are really bad, or really good, then they actually seem to stay with you, however if they are basically rather ordinary then, well, you end up forgetting them. 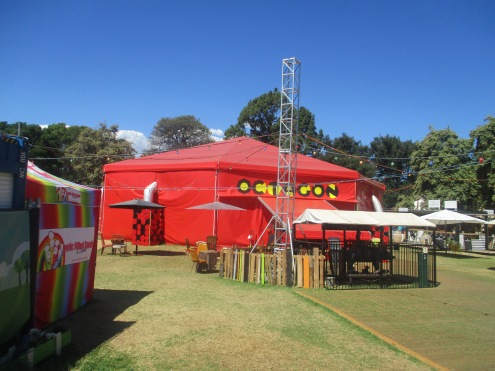 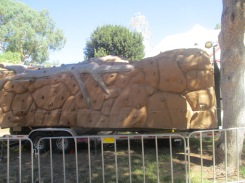 And the Music Festivals

Well, there is also Womadalaide, which I have to admit that I never actually went to, which is a shame because I really enjoy music festivals. However, it isn’t a rave but rather a showcase of World Music and Dance, so don’t expect Lady Gaga or the likes to be the headline act. Actually, there was a time when they used to group a number of festivals together around the same time, and they also have the Clipsal 500, a car race, to kick things off (not that I would be caught dead at something like the Clipsal, but I have been to the Grand Prix, namely because I was accompanying my sister). Mind you, since I know quite a number of people who live in Adelaide, my Facebook feed does become crowded with Clipsal photos and videos around that time of the year. 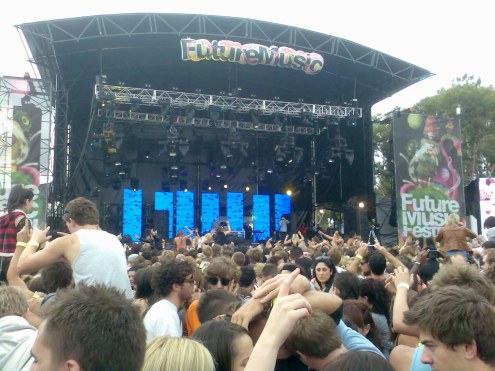 As for the music festivals aside from Womadelaide, you also had Soundwave, which was a heavy metal music festival, and Future Music, which was the electronic music festival. Well, it looks like that there isn’t going to be any more Future Music because it has, well, been canned, which I don’t find all that surprising. The first one I went to I did so to see the Prodigy, and Dave Guerra ended up playing way over time so that I only ended up seeing a hour of them. As for the second one, they ended up having four bands that I wanted to see all on at once, and the one of the main stage was so loud that it ended up drowning out everybody else. My friend came simply to see New Order, and they ended up making it clear that they weren’t coming back.

As for me, I was upset that I had to chose between New Order, Aphex Twin, Swedish House Mafia, and Paul Oakenfield. My final decision was to basically never go to a Future Music Festival again, and seeing that the whole festival has now been canned, I guess I won’t be. Anyway, I’ll finish off with a bit of Prodigy.

Back to the Fringe by David Alfred Sarkies is licensed under a Creative Commons Attribution-NonCommercial-ShareAlike 4.0 International License. If you wish to use this work commercially please feel free to contact me.