It’s been over a year and a half since I left this amazing city and have yet to actually write about it. Ironically, I happen to be sitting on a balcony in a guesthouse in Kuala Lumpar while I’m writing this, and I’ve also realised that I haven’t got around to writing about London yet either (though I’m sure to get to that by the time I hit Bangkok). The thing with Paris is that there are a lot of people who claim the place is over-rated, and in a way it can be like that – it is a big city with lots of people, lots of traffic, and lots of dodgy characters trying to rip you off (and I’m not talking about the people doing the surveys at the base of the Eiffel Tower). Yet, there is a beauty about this city that is hard to miss, it is a city where the sounds of trains pulling out of Gare St Lazare can actually sound romantic (our hotel happened to back onto the railway line).

There is an awful lot that I could write about this city, particularly since I ended up spending five days here. Okay, the first time I arrived in Paris we were assaulted at the railway station by a drunk, though the fact that some guy with an assault rifle (who was obviously with the police) appeared out of nowhere, grabbed the guy, and literally threw him out of the station, without even resorting to pointing his assault rifle at him, was actually pretty cool. In fact, I’ve always wanted some guy with an assault rifle to rescue me from a sticky situation, and that happened to me in Paris.

So, what does Paris have? Well, it has everything – museums, castles, cathedrals, underground sewers ripe for exploring, magnificent art galleries that rival the best in the world (and it fact could be considered the best in the world), magnificent suburbs such where the impressionists would ply their trade, or where Ernest Hemmingway would sit with his mates and drown his sorrows, and proceed to record his experience. It is a city where if they see you reading Hemmingway they will make a big deal about it, and if that wasn’t enough, you can even go and pay your respects to Jim Morrison, since he happens to be buried here (though I had a lot of trouble laying some flowers on his tomb, and playing a Jim Morrison song while doing it, because there happened to be a fence around it – then again the guy wearing the Jim Morrison T-shirt that happened to be there didn’t mind me playing some tunes).

This is a city that dates back to even before the Roman empire, and has been considered the centre of the universe (though this title was hotly contested with London). You can wander around the streets and suddenly find a house where a famous person has lived, or stumble into a garden full of beautiful statues. It is here that you can visit Victor Hugo’s opulent flat, see the garden where Renoir painted his masterpieces, and the location where the Bastille stood, and even look into a chronoscope (when it works mind you – it didn’t when I was there), and see what Paris was like during the French revolution.

Wander into the Musee Montematre and listen to the story of the Impressionist artist Suzanne Valadon, who started off as a nude model, and lived through the horrors of the Franco- Prussian war. Sit on the stool that Hemmingway regularly fell off of, and pay a ridiculous amount of money for a drink because all of his watering holes are now opulent restaurants. Yet, if you ask nice enough, the waiters will take the time to show you where all the famous people used to sit (such as Picasso). In fact, see where Picasso would doodle amongst a crowd of anticipating on lookers, only to watch him give it to the most undeserving, or simply screw it up and throw it in the bin.

This doesn’t even cover the day trips you can take. Sure, there is always the World War I tours, but they take a little longer. Instead, jump on a train, head to Giverney, and catch a bus to the little village where Monet used to live, and go for a wander around his house and gardens (which, unfortunately, are a little overgrown). Or continue on to Rouen where you can visit the place where Jean d’Arc was executed, see the tower where she was imprisoned, or even visit the museum dedicated to her.

Take another train and find yourself at the Palace of Versailles, the palace built by the Sun King at the height of his power. Wander through the palace and see the rooms in their original condition, or the hall of mirrors where the Treaty of Versailles was signed. However, don’t just stop there, but outside are the gardens, and don’t think you can do it in a short time because the gardens are huge. Not only that, but there is also more palaces further on, the Grand Trianon and the Petit Trianon, and even the cottage of Marie Antionette, who would hide out here and play peasant when her father wasn’t looking.

While I’ve mentioned the museums, but I simply cannot forget to mention the Louvre, which is by far and away the largest museum in the world. Hell, we were here for five hours and didn’t get to see everything. Sure, the Mona Lisa is here, but stuff the Mona Lisa – it’s just a painting, and not a particularly impressive one at that – the only reason it’s famous was because somebody stole it at the turn of the Twentieth Century. However, if you do happen to be in the hall with the Mona Lisa, turn around, and look at the painting opposite, because it is much, much more spectacular. Yet the Louvre is more than just paintings, it is sculptures, and archaeological collections – a collection that will rival many, many other museums. The great thing about the Louvre is that they do their best to show absolutely everything, so when you wonder into their Egyptology section, you won’t just see a couple of sarcophagi, you will see many, many of them from all ages of Egypt.

Ahh, but leaving the Louvre behind, cross over the Sienne and visit the D’orsay, an old railway station that has been converted into a museum of modern art. Here is the largest collection of impressionist paintings in the world. See some of Van Gogh’s best works, as well as those by all the impressionists you know and love, such as Renoir, Monet, Cezzanne, just to name a few. I still remember wandering into one hall and seeing two magnificent works by Monet that literally blew me away. But it isn’t just the paintings, it is the sculptures as well, including those of Rodin.

Ahh, yes, Rodin. I had never heard of Rodin until I came to Paris, and I only discovered him because of a museum, that happened to have been his house. Wander around the gardens and see his work, and the wander inside his house, and see how he put them all together. All of his famous works are here, and even then you can just sit in the garden, in front of your favourite statue, and just read a book. 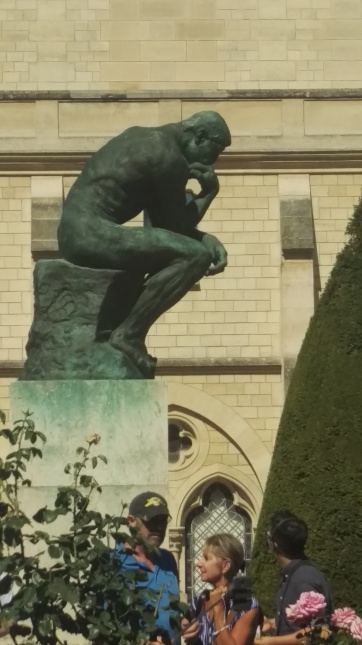 Then there is Picasso – Paris wouldn’t be Paris without Picasso. While the Picasso Museum isn’t actually his house, it is where many of his less famous works have landed up. Still, if you love Picasso, and want to see his genius in its entirety, this place is not to be missed. There is a huge collection of his works here, and unlike many of the museums where his work is on display, this museum, like Rodin’s, allows you to look inside his genius and gain an understanding of what made him tick.

That sounds like I have said a lot already, but guess what, there’s more. There is the Army Museum, the Invalides, which used to be a hospital and still has a chapel where the war wounded are brought to observe mass. This museum gives you a tour de force of French military history from the era of the Sun King right up until the victory over the Nazis. Watch the famous battles unfold, see the weapons, and the equipment, and learn about how the French are simply not surrender monkeys. Go around the back, and you will find the tomb of Napoleon – something that you will need to see for yourself. 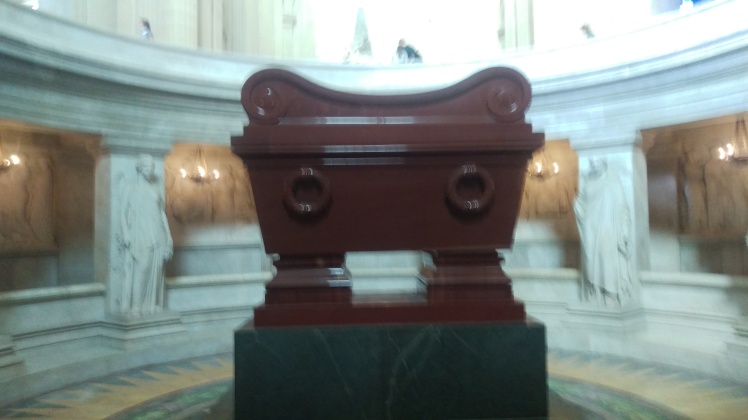 Oh, and I haven’t mentioned the Petit Palais, which is also an art museum with a huge collection of art and artifacts from all ages. Still, I have yet to mention the gardens, such and the Tullaries and the Jardins du Luxembourg. Absolutely magnificent parks full of incredibly beautiful statues. This is what I love about the culture of Paris. People just come into these parks, grab a chair (there are many of them around), find their favourite statue, and sit in front of it reading a book. Seriously, any city that takes reading books as serious as the Parisians do it a place that is going to be close to my heart,

I’ll finish off with just one suggestion if you are planning on going to Paris – learn French. It really opens the beauty of the place up so much more if you can speak the language. Needless to say it is a beautiful language, and not only that, it is also pretty easy to learn – I managed to do it at the age of 45. Okay, I should point out that I also know German, and studied Ancient Greek at university, so that has probably given me an advantage. However, to quote my French teacher (and he was awesome by the way), the myth about not being able to learn a language after a certain age is just that – a myth. Put in enough time and effort, and anything is possible.

Paris – Even the Trains are Romantic by David Alfred Sarkies is licensed under a Creative Commons Attribution-NonCommercial-ShareAlike 4.0 International License. If you wish to use this work commercially please feel free to contact me.

2 thoughts on “Paris – Even the Trains are Romantic”